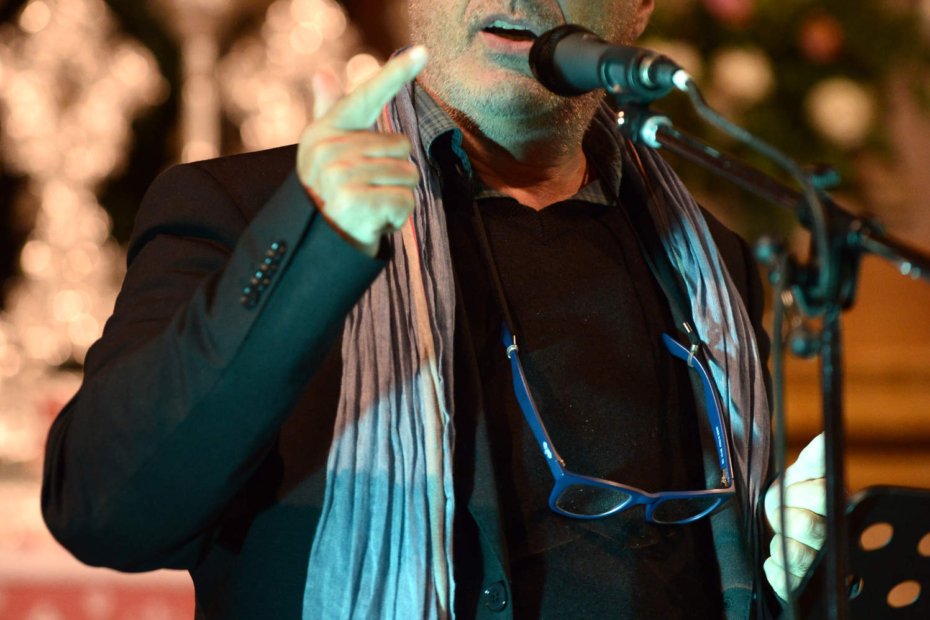 We hosted David Riondino in Friuli in 2016. He became a television personality after participating in Maurizio Costanzo's show in the 90s. David has always distinguished himself for his research on the practice of the eighth rhyme, an ancient poetic form based on improvisation. A sort of ancient rap that applied textual improvisation on epic texts of ancient literature. David closed the ninth edition of the festival and participated in other events in Friuli.